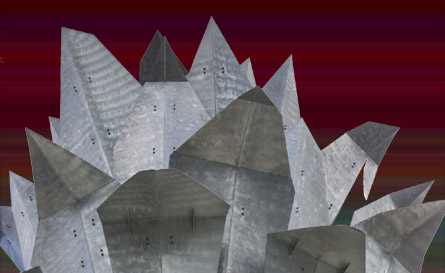 Loneliness, depression, bitterness, negativity, sorrow, loss, etc, eat at the heart of man as a painful cancer. Emotional strife has dogged man throughout history. Those maintaining a sense of compassion for the emotionally troubled, cannot help but hurt inwardly over their trials.

As we ponder the innumerable acts of suffering man has endured, one must wonder why he has had to suffer as he has. If God is a god of love, how can He allow man to be tormented as he has? Is man’s suffering a proof that the God described in the Bible does not exist? Is this one who proclaims love a hypocrite? Or is all this simply an indicator that God truly is not concerned with man’s suffering?

The fact is, God cares a great deal about man’s suffering and has graciously withheld the extent to which man deserves to suffer.

To understand why God allows suffering, we must consider man’s early relationship with God.

In Genesis 2:15-17, the Bible teaches us that God prepared a special place, and guidelines for man to live by. Scripture says, “Then the LORD God took the man and put him in the Garden of Eden to tend and keep it. 16 And the LORD God commanded the man, saying, ‘Of every tree of the garden you may freely eat; 17 but of the tree of the knowledge of good and evil you shall not eat, for in the day that you eat of it you shall surely die.’ ”

Here we see God granting the fullness of His blessing on man within the garden home He created. The only condition God placed on man was not to eat of the “tree of the knowledge of good and evil.” God was very clear in noting that the day man failed to obey Him, the consequence of his action would be spiritual death and an unleashing of personal suffering for man.

Shortly thereafter the Bible says in Genesis 3:6-7 , “So when the woman saw that the tree was good for food, that it was pleasant to the eyes, and a tree desirable to make one wise, she took of its fruit and ate. She also gave to her husband with her, and he ate.”

At the very point of man’s disobedience to God, the Bible says in Genesis 3:7-8, “Then the eyes of both of them were opened, and they knew that they were naked; and they sewed fig leaves together and made themselves coverings. 8 And they heard the sound of the LORD God walking in the garden in the cool of the day, and Adam and his wife hid themselves from the presence of the LORD God among the trees of the garden.” We see that once man disobeyed God, immediately his relationship to his wife and God were permanently altered.

When man sinned, man and his wife felt both shame and fear for the first time. They felt shame over their nakedness and fear over God’s presence in the garden. Man’s disobedience created a relational divide between him and his wife, and him and his God. From that point on, strife would characterize man’s relationship with those closest to him.

Did man’s disobedience ruin his relationships? It was the catalyst for all pain and suffering he and his offspring would encounter throughout time. The Bible says in Genesis 3:17-19, “Because you have heeded the voice of your wife, and have eaten from the tree of which I commanded you, saying, ‘You shall not eat of it’: Cursed is the ground for your sake; in toil you shall eat of it all the days of your life. 18 Both thorns and thistles it shall bring forth for you, and you shall eat the herb of the field. 19 In the sweat of your face you shall eat bread till you return to the ground, for out of it you were taken; for dust you are, and to dust you shall return.”

One may wonder if the punishment fit the crime, or if God was too excessive? Most men would tend to think God was too harsh. God, on the other hand, clearly felt the punishment was just. Why the difference in viewpoint? Man approaches disobedience from a biased and limited perspective. He completely lacks the ability to grasp the meaning and essence of righteousness. Man is a spiritual child in a universe of spiritual adults. As with most children, he is incapable of grasping the nature or depth of his disobedience and the absolute egregiousness of sin in general.

God is unbiased, totally balanced and able to fully comprehend the cataclysmic nature of sin. God knows sin is to balance, what cancer is to a healthy body. Apart from divine intervention, the “smallest” of sin consumes and destroys those infected by it.

Why did God place this deadly obstacle within man’s dwelling place? The Bible does not state a reason. God may have been testing man to establish how he would exercise his gift of freewill. God may have set the tree in man’s path as a means of establishing the absolute necessity of submission, trust and obedience to Him. When all is said and done, grasping the necessity of unconditional obedience to God will be the eternal platform all men rest when they reside with God in His Kingdom.

We get an idea of the role obedience played when we read 1 Samuel 15:22-23. There it says, “Has the LORD as great delight in burnt offerings and sacrifices, as in obeying the voice of the LORD? Behold, to obey is better than sacrifice, and to heed than the fat of rams. 23 For rebellion is as the sin of witchcraft, and stubbornness is as iniquity and idolatry. Because you have rejected the word of the LORD, He also has rejected you from being king.”

These words clearly reinforce the importance of obedience to God. They work to help us understand why God was so upset with Adam and why the punishment was so great.

The next thought that may echo within the hearts of some is what does Adam’s sin have to do with me? Simply put, Adam is the earthly father of all men and women. Just as the decisions our immediate father makes when we are young impact the rest of our lives, so too did Adam’s decision affect generations to follow. Fair, unfair? It really does not matter. Adam’s decision continues to impact his offspring, just as our decisions will impact our offspring- -fact!

Our first father gave birth to loneliness, depression, bitterness, negativity, sorrow, loss and the like. From birth to grave, we suffer the sting of his disobedience. As a result, the emotional cancer we contend with is not because of God, but because of man. Every person from Adam on has been born with a freewill and a sin nature. Each of us when faced with sin has a choice to embrace or reject it. All men apart from Christ have repeatedly placed their sinful desires over that of God. When we choose sin over God, we validate the reason why man truly deserves the punishment inflicted upon him.

If the story were to end there, it would be a tragic one indeed. But as noted earlier, God cares a great deal about man’s suffering and has graciously withheld the extent to which man deserves to suffer. Graciously, God has provided a way out of this terrible mess through His Son, the Lord Jesus Christ.