The End of The World 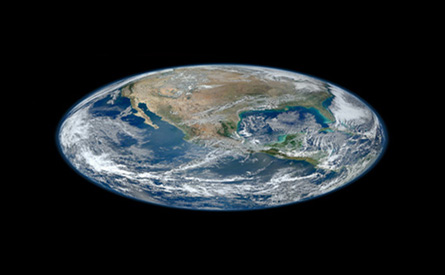 This article was written on December 16, 2012, prior to the so-called end of the world prediction for December 21, 2012, as a statement explaining why such predictions are false and the role such falsehoods play. As we contemplate the role of predicting the future, let us be mindful of the fact that, “Approximately 2500 prophecies appear in the pages of the Bible, about 2000 of which already have been fulfilled to the letter—no errors… the odds for all these prophecies having been fulfilled by chance without error is less than one in

(that is 1 with 2000 zeros written after it)!” Dr. Hugh Ross, Astrophysicist and Christian apologist.

The End of The World
Cable TV has been ripe with numerous programs predicting the impending end of the world. Like a steady drum beat, with the passing of every end date, comes another.

Beyond the captivating nature of the various predictions and scenarios, might there be a greater reason for the repetitive nature of these eschatological comings and goings?

As someone who believes the Bible is the Word of God, I believe there is a greater reason for the never ending drum beat of these tailored events.

These passages reveal not only who the great enemy of Christ and His followers is, but that for a period of time God has granted him a degree of influence over this world as the “prince.” This dark “prince” desires to turn the hearts of as many people as he can away from God, for as long as possible.

What is his primary means of turning hearts away from God? In John 8:44, Jesus describes the nature of the devil saying, “not holding to the truth, for there is no truth in him. When he lies, he speaks his native language.” The devil’s native tongue is one of “lies.”

If your native tongue is lying, and you want to convince people that preparing for the end is nothing more than a fabrication, what better way than to “cry wolf.”

In Aesop’s Fables, there is the story of “The Boy Who Cried Wolf”. As the story goes, there was a shepherd boy who repeatedly fooled the villagers into believing a wolf was attacking the flock of sheep by crying, “wolf.” Over and over again he cried “wolf”, and the people came running. Then one day when the wolf did attack the flock and the boy cried “wolf”, no one responded, because they were conditioned to believe that this was just another false alert.

Could the “father of lies” be trying to pull the “wool” over our eyes as well? It’s a very real possibility.

In 2 Peter 3:3-4, the Bible says, “in the last days scoffers will come, scoffing and following their own evil desires. 4 They will say, “Where is this ‘coming’ he promised? Ever since our fathers died, everything goes on as it has since the beginning of creation.“

The Bible foretells of a time when men will scoff at biblical predictions. Why? Because as the old Sonny and Cher song goes, “the beat goes on.” Man has seen centuries come and go, and he has also heard many eschatological forecasts come and go as well. And as in Aesop’s Fable, at some point, the cry of “wolf” will be ignored and the flock devoured.

Is Anything Certain?
As we attempt to make sense of the many false predictions of the impending demise of the world, beyond the certainty of a new false prediction, is anything certain when it comes to eschatology? For those who embrace the Bible, the answer is most certainly, yes.

First and foremost, the Bible teaches that the world we live in will come to an end. In 2 Peter 3:7, Scripture says, “By the same word the present heavens and earth are reserved for fire, being kept for the day of judgment and destruction of ungodly men.”

In the book of Revelations 21:1, the Bible says, “Then I saw a new heaven and a new earth, for the first heaven and the first earth had passed away.”

The destruction spoken of in these passages is literal, not figurative, and is shared not so much to scare people, but to warn them to prepare for its coming. The Lord, in His mercy, wishes that none should perish (2 Peter 3:9), so, as the faithful and good Shepherd, when He cries “wolf”, know for certain it is not a false alarm.

How and When?
Unlike so many of the false predictions of the demise of mankind and the world he lives in, the Bible does not pinpoint many of the specifics in terms of how and when. Rather, in general terms, we get a glimpse into those horrific times.

2 Peter 3:12-13 gives us a general idea of how things will ultimately end for this world. There it says, “That day will bring about the destruction of the heavens by fire, and the elements will melt in the heat.”

1 Thessalonians 5:1-3 says of the impending doom, “Now, brothers, about times and dates we do not need to write to you, 2 for you know very well that the day of the Lord will come like a thief in the night. 3 While people are saying, ‘Peace and safety’, destruction will come on them suddenly, as labor pains on a pregnant woman, and they will not escape.”

Ultimately things like how and when ought not to be our concern, as 1 Thessalonians 5 goes on to say in verses 4-10, “But you, brothers, are not in darkness so that this day should surprise you like a thief. 5 You are all sons of the light and sons of the day. We do not belong to the night or to the darkness. 6 So then, let us not be like others, who are asleep, but let us be alert and self-controlled. 7 For those who sleep, sleep at night, and those who get drunk, get drunk at night. 8 But since we belong to the day, let us be self-controlled, putting on faith and love as a breastplate, and the hope of salvation as a helmet. 9 For God did not appoint us to suffer wrath but to receive salvation through our Lord Jesus Christ. 10 He died for us so that, whether we are awake or asleep, we may live together with Him.”

Preparing for the end demands taking the Bible’s warning seriously now, and acting upon the Lord’s free gift of salvation now. Something like this cannot be timed. And for those who strive to put off embracing an active relationship with God as long as possible, hoping to embrace His salvation just before the end comes, such plans fall short of the sincerity God demands. Toying with God is not an option.

Hebrews 10:22-23 says, “let us draw near to God with a sincere heart in full assurance of faith, having our hearts sprinkled to cleanse us from a guilty conscience and having our bodies washed with pure water. 23 Let us hold unswervingly to the hope we profess, for He who promised is faithful.”

The end is coming. The Bible says it. And how certain is the Bible when it comes to forecasting future events? Many times over, Scripture has predicted and has never been proven wrong.

If you want to know what’s coming, read God’s Word and then embrace it with all your heart, soul and might.

In closing, John 3:16-21 shares a wonderful message of hope saying, “For God so loved the world that He gave His one and only Son, that whoever believes in Him shall not perish but have eternal life. 17 For God did not send his Son into the world to condemn the world, but to save the world through Him. 18 Whoever believes in Him is not condemned, but whoever does not believe stands condemned already because he has not believed in the name of God’s one and only Son. 19 This is the verdict: Light has come into the world, but men loved darkness instead of light because their deeds were evil. 20 Everyone who does evil hates the light, and will not come into the light for fear that his deeds will be exposed. 21 But whoever lives by the truth comes into the light, so that it may be seen plainly that what he has done has been done through God.“

The Solid Rock
My hope is built on nothing less, than Jesus’ blood and righteousness. I dare not trust the sweetest frame, but wholly trust in Jesus’ Name.