The Crossroads of Trauma 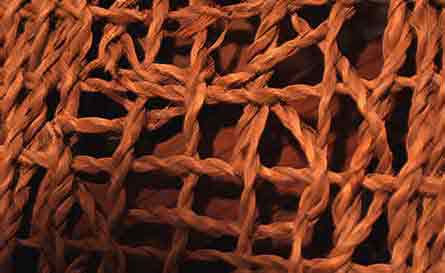 In the fall of ‘71, the future looked bright for three 15 year old boys entering their first year of high school in the quiet suburb of Niskayuna, New York.

Like other boys their age, they loved playing sports and having a good time. George Burgess and Jeff Sheridan played freshmen football, while George and John Maguire participated in freshmen wrestling during the winter months.

The boys began to bond when a teacher from one of their classes placed them in a three-man study group for the school year. As a result, they sat together and worked on various projects regularly. This association helped forge friendships that otherwise might not have developed given the student body consisted of more than 1,700 students.

Summer and fall quickly passed and soon the snowy landscapes made its entrance. With the winter in full gear, one day toward the end of January, Jeff and his father were in a serious car accident. Jeff survived for several hours, but succumbed to head injuries.

On the way into school the following morning, news of Jeff’s death spread on the bus. When George heard it, shock and disbelief hit him like a load of bricks. This wasn’t possible. How could someone only 15 years old die? What is the likelihood of one out of three study group members dying, out of such a large student body?

As John and George gathered in their study group, a cold, still silence hung over them. Jeff’s seat was empty. A friend and group member was gone forevermore.

Back in the ‘70s there was little or no counseling for students when a class member died. Most teachers were not trained to discern the sort of physiological trauma that John and George were experiencing, due to the death of their young study group member. Most school officials didn’t take the time to notify parents of the potential trauma their child was going through due to the death of a schoolmate. Rather, John and George at the tender age of 15 were left to cope with it themselves.

As the two sat there in silence and shock, John said to George, “I wonder what it would be like to be dead?” George had no answer, as he had never contemplated it. To him, death was something that happened to old people. He was young and could not comprehend being old enough to die.

As spring crept into the area, John and George’s thoughts of Jeff slowly passed away. The boys continued to regularly gather in their two-man study group, looking forward to the end of this tragic school year.

One Monday morning, George boarded the bus for his regular trek to school. Once again, he heard the chatter of young voices discussing the death of a student. Straining ears to listen, he thought he heard John’s name mentioned. He thought, “This cannot be right. There must be some sort of mix-up. It’s not possible for two 15 year old boys in a study group of three to die a mere eighty-six days apart? “

Entering the classroom as the teacher began to speak, George noticed John’s seat was empty and a sick feeling came on him. He didn’t know what to think, how to respond–first Jeff and then John! The odds of two members of such a small group dying, out of a body of over 1,700, seemed impossible. The study group was gone–only George remained.

As the horrific news set in, George could not help but think he was next to go. It was just a matter of time. Again, he was left to cope with the emotional challenge, but this time there was no John to talk to, no counselors, no teachers and he didn’t feel comfortable sharing the burden with his family.

Sitting there in stunned silence, he recalled John’s words less than three months earlier, “I wonder what it would be like to be dead.” This was a scary thought to young George, as he couldn’t help but wonder how soon it would be until death called on him.

That evening as George lay in the darkness of night, his mother played the song, “Help Me Make It Through the Night” by Sammi Smith. It seemed the song went on and on forever, with no reprieve. The phrase, “Yesterday is dead and gone and tomorrow’s out of sight and it’s sad to be alone. Help me make it through the night,” ran over and over and over again through his mind. This led him to think about his friends who died and whether he too would be taken.

As difficult as it was for George to continue on, somehow he put thoughts of his friends and death aside. Later that year, George and his family moved to another state and life continued on.

Many years later, George, his wife and young children returned to the Niskayuna area for a day. During the trip, he went back to the high school the three freshmen attended. As he walked into the building, he spotted the entryway leading to the gymnasium and noticed a plaque to his left. It was an award in memory of Jeff. Looking to his right he noticed another plaque, an award in the memory of John.

While standing between the two plaques, George was struck by the irony of the moment–there stood two plaques representing his deceased friends, and he stood between them, still alive and with a wealth of memories and achievements behind him.

George couldn’t help but contemplate the fact, years earlier, after graduating high school, how he challenged God to prove Himself to him or else he would go his own way and do his own thing. He recalled how later that year, long after he had forgotten his challenge, the Lord spoke to him in an undeniable manner leading him to embrace Christ as Lord and Savior.

As George stood between the two plaques, it all began to make sense. God was at work in his life long before he challenged the Lord to prove Himself to him.

When he was 15 years old, from God’s perspective, it was not George’s time to die. The Lord had a relationship and a life awaiting him in which service to Christ would play a key role.

Ecclesiastes 3:1-2 says, “To everything there is a season, a time for every purpose under heaven: 2 A time to be born, and a time to die.”

After hearing of John’s death, George couldn’t understand how his young friends could die at such a young age, not realizing that from an eternal perspective, all life on this earth is brief regardless of one’s age. The Bible says in James 4:14, “For what is your life? It is even a vapor that appears for a little time and then vanishes away.”

God preserved George’s life, but regardless of how long he lives, from God’s perspective, the length of his days are but a vapor or a mist that are fleeting and passing away.

The lessons we learn from the lives of Jeff, John and George are that life is not guaranteed, but rather a precious gift of God. The statistical odds of living can be heavily in our favor, just as it was for the three boys, but the truth is, probability and luck have nothing to do with it.

When Jeff died, the probability of a second member of the study group dying that year was extremely small. But clearly, favorable odds did not preserve John’s life.

After John died, the deck seemed stacked against George. Fate appeared to be against him for “Bad things come in threes.” Yet, in a universe where God is in control, fate and superstition stand silent. They do not determine the length or fullness of one’s life—God does!

When we are tempted to question God and His plan for our lives, let us be reminded of Genesis 18:25 when it says of God, “Shall not the Judge of all the earth do right?”

When push comes to shove, all of us at one point in our lives have the opportunity to challenge and trust in God or the devices of self. All of us, whether raised in the church or the most remote part of the world, have the opportunity to call on the Lord as George did, and God will provide a means to embrace Him, as Proverbs 3:5-6 says, “Trust in the LORD with all your heart, and lean not on your own understanding; 6 In all your ways acknowledge Him, And He shall direct your paths.”

George turned from self to Savior just four years after he stood on the crossroads of trauma and many years later he continues to walk the path the Lord has set before him.

If you have never turned from self to Savior, you’re encouraged to read “The Keys To Salvation.”