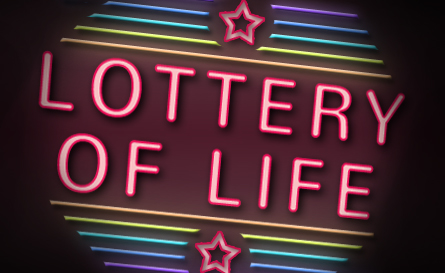 During the outset of the war with Iraq, on March 23, 2003, several members of the 507th Maintenance Company were ambushed and taken as prisoners. A day later, two AH-64D Apache Longbow helicopter crewmen were captured when their aircraft crashed. Upon gaining their freedom, Chief Warrant Officer Ronald Young said, “We feel like we won the lottery of life.”

When CWO Young and his fellow service members were taken captive, unwillingly they were given an opportunity to undergo something few people experience–the complete loss of freedom. After three weeks of uncertainty, the seven American prisoners were let go by their captors. The newfound freedom they embraced caused them to feel as if they had “won the lottery of life.”

The “lottery of life” sums up the depth of CWO Young’s appreciation to be free once again. As much as Young and the others may have cherished freedom, all would acknowledge they did not fully appreciate freedom until it was gone.

Sadly, far too many of us fail to appreciate the blessings and opportunities we have until they are gone. When someone or something takes hold of our life, stealing personal control, we come to realize just how blessed we were.

In the Luke 16:19-31, Jesus describes what it is like for those who have died and await the judgment of God. The Gospel of Luke says, “There was a certain rich man who was clothed in purple and fine linen and fared sumptuously every day. 20 But there was a certain beggar named Lazarus, full of sores, who was laid at his gate, 21 desiring to be fed with the crumbs which fell from the rich man’s table. Moreover the dogs came and licked his sores. 22 So it was that the beggar died, and was carried by the angels to Abraham’s bosom. The rich man also died and was buried. 23 And being in torments in Hades, he lifted up his eyes and saw Abraham afar off, and Lazarus in his bosom. 24 Then he cried and said, ‘Father Abraham, have mercy on me, and send Lazarus that he may dip the tip of his finger in water and cool my tongue; for I am tormented in this flame.’ 25 But Abraham said, ‘Son, remember that in your lifetime you received your good things, and likewise Lazarus evil things; but now he is comforted and you are tormented. 26 And besides all this, between us and you there is a great gulf fixed, so that those who want to pass from here to you cannot, nor can those from there pass to us.’ 27 Then he said, ‘I beg you therefore, father, that you would send him to my father’s house, 28 for I have five brothers, that he may testify to them, lest they also come to this place of torment.’ 29 Abraham said to him, ‘They have Moses and the prophets; let them hear them.’ 30 And he said, ‘No, father Abraham; but if one goes to them from the dead, they will repent.’ 31 But he said to him, ‘If they do not hear Moses and the prophets, neither will they be persuaded though one rise from the dead.'”

Listen to the words of deep longing expressed by the rich man–verse 24a ,”he cried and said, ‘Father Abraham, have mercy on me,'” verse 24b, “I am tormented in this flame,” verse 27, “I beg you therefore, father.” Jesus shared this chilling parable in hopes of helping some take advantage of the opportunity to get right with God before it is too late.

Unlike the seven American service members who were able to regain their freedom after three weeks of capture, the Bible states spiritual imprisonment is for eternity (Matthew 25:46, “these will go away into everlasting punishment”). What will the imprisonment be like? The Bible says in Revelation 20:15, “And anyone not found written in the Book of Life was cast into the lake of fire.” Matthew 13:49-50 says, “So it will be at the end of the age. The angels will come forth, separate the wicked from among the just, 50 and cast them into the furnace of fire. There will be wailing and gnashing of teeth.”

When people talk about eternal punishment, their descriptions tend to make light of its severity. Some people speak of it as a grand place of revelry and partying. Seldom is eternal punishment described in terms of a place of torment, “wailing and gnashing of teeth.” But this is how the Bible describes it.

The place of punishment is so terrible the rich man begged Abraham to send a messenger to his father’s house to warn his brothers, “lest they also come to this place of torment.” The rich man wasn’t looking to gather others around him. From the depth of his soul, the rich man longed to keep others from claiming his fate.

As wonderful as it must have been for the seven American service members to be released from captivity, their release pales in comparison to the freedom gained by embracing eternal life. Liberation from sin, and the joy of a personal relationship with God, is truly winning the lottery of life–eternal life!

The Bible says, in Romans 6:17-18, “But God be thanked that though you were slaves of sin, yet you obeyed from the heart that form of doctrine to which you were delivered. 18 And having been set free from sin, you became slaves of righteousness.”

Through disobedience to God, Adam, the father of all humanity, established a sin nature that would make his offspring captive to sin. From that point on, the inclination to sin has been the guiding force that dominates man’s heart from womb to grave.

The Bible teaches us that only Christ’s sacrificial death and shedding of blood on the cross can overcome the power of sin over men. Trust in Christ, and His finished work on the cross, is man’s only means of avoiding eternal punishment. Christ’s sacrifice is a full and complete payment, once and for all.

The necessity of Christ’s sacrificial death on the cross is clearly displayed in Scripture. In Luke 24:46-47, the Lord says, “Thus it is written, and thus it was necessary for the Christ to suffer and to rise from the dead the third day, 47 and that repentance and remission of sins should be preached in His name to all nations, beginning at Jerusalem.” In Matthew 26:28, He says, “For this is My blood of the new covenant, which is shed for many for the remission of sins.”

No one can obtain freedom from sin apart from faith in Christ, and Christ alone. No one can gain salvation through good deeds and “clean living.” The Bible says, in Ephesians 2:8-9, “For by grace you have been saved through faith, and that not of yourselves; it is the gift of God, 9 not of works, lest anyone should boast.”

In John 14:6, Jesus says, “I am the way, the truth, and the life. No one comes to the Father except through Me.” From Christ’s perspective, what you believe does matter. How you approach God counts. There are not many roads to God, but one. Jesus leaves no room for compromise, declaring, “I am the way.”

Was Jesus a troublemaker? He wasn’t a troublemaker. Jesus was the bearer of an unsavory message. He understood most people would not accept His message. He understood the majority of people would reject Him for another belief system. He realized Satan, the “father of lies,” would deliberately plant false religions in order to deceive the world into rejecting the way of Christ. In 1 John 5:19-20, it says, “We know that we are of God, and the whole world lies under the sway of the wicked one.”

In John 8:44-45, Jesus says, “You are of your father the devil, and the desires of your father you want to do. He was a murderer from the beginning, and does not stand in the truth, because there is no truth in him. When he speaks a lie, he speaks from his own resources, for he is a liar and the father of it.”

When all is said and done, Christ is either the King of kings, or the King of lies. Those who have embraced Him have either grasped the truth, or have grasped a lie. If we have grasped a lie, the Apostle Paul says in 1 Corinthians 15:16-19, “For if the dead do not rise, then Christ is not risen. 17 And if Christ is not risen, your faith is futile; you are still in your sins! 18 Then also those who have fallen asleep in Christ have perished. 19 If in this life only we have hope in Christ, we are of all men the most pitiable.” When it comes to the claims of Christ, they are either one hundred percent true or one hundred percent false. Jesus left no middle ground.

Is following Christ a gamble? No! Prior to His coming, repeatedly the Old Testament speaks of His coming. While here on earth, thousands of people repeatedly witnessed His miraculous ministry. After His death, several hundred people witnessed His resurrection. After His ascension, Christ took a handful of defeated men and established His Church throughout the world. Faith in Christ is no gamble–rejecting Him is!

Have you experienced the joy of winning the lottery of life, spiritual liberation? If not, you can do so right now in the quietness of your heart. Go to the Lord in prayer, acknowledging to Him that you are a sinner, in need of spiritual healing. Accept by faith the punishment He bore on the cross in your place. Take hold of the sacrificial offering of His shed blood on the cross as a permanent covering for sins. Accept His death on the cross and miraculous resurrection from the dead as the means by which Christ defeated sin and death, once and for all. Before Him commit yourself to turn from your sin to a life of following Him as your glorious Savior.

The “lottery of life” is yours for the taking. Go to the Lord in prayer and embrace the lottery of eternal life in and through Christ Jesus our Lord.