It's All About Me! 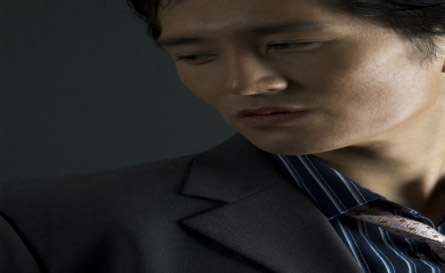 It’s all about me! This catchy little phrase has been used by some to express their self-importance and by others to joke about it. Either way, the phrase holds more truth than most people realize.

Me, as a concept, is the sum total of all beings, human and non-human. It is that part of every being that acts as a compass, directing every thought, word and deed. It can be holy and pure or sinful and depraved. Me has the ability to discern right from wrong, and is capable of choosing right over wrong.

Biblically speaking, Me is closely linked to the concept of the human spirit. The spirit is the immaterial part of humans associated with our personality, disposition, temperament, moral character and the like.

From Me, we get what I refer to as “meism”. Meism is an act of the will, whereby knowingly or unknowingly one places their self-interest above that of another. Such acts may be righteous or unrighteous in nature. The essence of one’s motive and authority works to determine the appropriateness and legitimacy of their actions.

THE TWO ME’S OF SATAN
Long before man, Me existed. The two sides of Me, the pure and impure, can best be seen in what many biblical scholars consider to be descriptions of Satan.

Ezekiel 28:12-15 “You were the model of perfection, full of wisdom and perfect in beauty. 13 You were in Eden, the garden of God; every precious stone adorned you: ruby, topaz and emerald, chrysolite, onyx and jasper, sapphire, turquoise and beryl. Your settings and mountings were made of gold; on the day you were created they were prepared. 14 You were anointed as a guardian cherub, for so I ordained you. You were on the holy mount of God; you walked among the fiery stones. 15 You were blameless in your ways from the day you were created till wickedness was found in you.”

Isaiah 14:12-14 “How you have fallen from heaven, O morning star, son of the dawn! You have been cast down to the earth, you who once laid low the nations! 13 You said in your heart, “I will ascend to heaven; I will raise my throne above the stars of God; I will sit enthroned on the mount of assembly, on the utmost heights of the sacred mountain. 14 I will ascend above the tops of the clouds; I will make myself like the Most High.”

The Bible clearly establishes the two “Me’s” of Satan – “You were the model of perfection” (Ezekiel 28:12), and “You were blameless in your ways from the day you were created till wickedness was found in you.” (Ezekiel 28:15) Ezekiel points out that Satan was created by God as a perfect being and blameless until he went astray.

In Isaiah 14:12-14 it says, “How you have fallen from heaven, O morning star, son of the dawn!”
Here God speaks of Satan in a nostalgic and sentimental sort of a way, almost as a father speaks of a child when they were young and innocent. God is then led to acknowledge the cold hard facts–the perfect and beautiful “morning star” is no more.

The pure Me was transformed into that which was impure. In a blink of an eye, the Me that pleased God, was no more. In its place, an evil, selfish, self-centered Me became evident for all to see.

How in the world did this happen?

Simply put, based on an act of self-will, the “son of dawn”, became the son of darkness. Satan’s motives went from desiring to please God, to that of ruling over Him. From that point on, the Me within Satan would encourage him to do evil and rely on his own authority to do so.

THE TWO ME’S OF MAN
Not only can we see the two sides of Me, the pure and impure, in the life of Satan, but in man as well.

Genesis 1:27 says, “So God created man in His own image, in the image of God He created Him; male and female He created them.”

Genesis 1:31 says, “God saw all that He had made, and it was very good.” God created man in His image and the finished product was “very good.” They were complete, without flaw, able to maintain unhindered fellowship with God.

In Genesis 3:6-7 it says, “When the woman saw that the fruit of the tree was good for food and pleasing to the eye, and also desirable for gaining wisdom, she took some and ate it. She also gave some to her husband, who was with her, and he ate it.” Perfect beings, with an unstained Me, turned their back on God.

How in the world did this happen?

Based on an act of self-will, the pure and innocent humans opted to place their desires above God. Just as with Satan, their motives went from seeking to please God, to that of placing themselves above Him. From that point on, humanity was tainted and the Me within, the very nature of man, was prone from birth to encourage humans to sin against and dishonor the Creator.

THE SEVERITY OF THE PROBLEM
The Bible teaches us that our first parents, Adam and Eve, passed a curse onto us.

The depth of the problem can be seen in Mark 10:29-40. There Jesus says, “‘I tell you the truth,’ Jesus replied, ‘no one who has left home or brothers or sisters or mother or father or children or fields for me and the gospel 30 will fail to receive a hundred times as much in this present age (homes, brothers, sisters, mothers, children and fields-and with them, persecutions) and in the age to come, eternal life. 31 But many who are first will be last, and the last first’. 32 They were on their way up to Jerusalem, with Jesus leading the way, and the disciples were astonished, while those who followed were afraid. Again he took the Twelve aside and told them what was going to happen to him. 33 ‘We are going up to Jerusalem,’ he said, ‘and the Son of Man will be betrayed to the chief priests and teachers of the law. They will condemn him to death and will hand him over to the Gentiles, 34 who will mock him and spit on him, flog him and kill him. Three days later he will rise.’ 35 Then James and John, the sons of Zebedee, came to him. ‘Teacher,’ they said, ‘we want you to do for us whatever we ask’. 36 ‘What do you want me to do for you?’ he asked. 37 They replied, ‘Let one of us sit at your right and the other at your left in your glory.’ 38 ‘You don’t know what you are asking,’ Jesus said. ‘Can you drink the cup I drink or be baptized with the baptism I am baptized with?’ 39 ‘We can,’ they answered. Jesus said to them, ‘You will drink the cup I drink and be baptized with the baptism I am baptized with, 40 but to sit at my right or left is not for me to grant. These places belong to those for whom they have been prepared.'”

How bad is the problem? As bad as a problem can get!

In verses 33-34, Jesus goes from challenging the disciples to humble themselves, to explaining how He will humble Himself. In doing so, he describes the terrible death He will experience.

Jesus’ account leaves the disciples shocked and in tears–right? Wrong!

Sin tainted Me, and plugged the hearts, minds and ears of at least two of Jesus’ closest followers, James and John. Jesus just finished sharing the evil that was to come upon Him, and all James and John could think about was their place of authority and stature in heaven.

The problem is more serious than anyone could have imagined.

The result of His effort? James and John were not receptive to His message. In fact, they had a message of their own for Jesus. In verse 35 they say, “‘Teacher, we want you to do for us whatever we ask.’ 36 ‘What do you want me to do for you?’ he asked. 37 They replied, ‘Let one of us sit at your right and the other at your left in your glory.'”

Meism! An act of the will, whereby knowingly or unknowingly one places their self-interest above that of another. The essence of one’s motive and authority works to determine the appropriateness and legitimacy of their actions.

How bad is the problem? Very bad!

Scripture teaches us, it does not matter if we are created perfect – Me is present and can at any moment turn its back on that which is pure and holy. Me, when tainted by a sin nature, is prone to selfishness, self-centeredness, arrogance, pride and the like.

The Word of God tells us it does not matter if God Himself teaches you His standards first hand, as is the case with Adam and Eve, Cain, James, John and so on–Me is present and can mislead.

In other words, we can be created perfect, live in a perfect environment, walk with God, be directly taught by Him, witness miracles, have the Lord’s impending death placed at our feet, and even have the Holy Spirit dwelling within, as Peter did when he played the hypocrite in Galatians 2:11-13, and still allow the Me within to place our interests above God’s!

Is all hope lost because of a sin-tainted Me? Certainly not.

In Genesis 4:6-7 we see some encouraging words in God’s counsel to Cain. There it says, “Then the LORD said to Cain, ‘Why are you angry? Why is your face downcast? 7 If you do what is right, will you not be accepted? But if you do not do what is right, sin is crouching at your door; it desires to have you, but you must master it.'”

God informed Cain that he was capable of overcoming the evil he desired to do. Genesis 4:7 teaches us that we have a choice to choose between right and wrong, and God expects us to “do what is right” and “master” that which seeks to master you.

As difficult as the challenge is, God expects us to overcome. The first step in overcoming is by accepting Christ’s sacrificial death, burial and resurrection from the dead as the payment for your sins. Through Christ’s sacrifice, there is hope!

God has given us the necessary tools to overcome a sin prone Me. But to do so, we must recognize we are engaged in a great battle and use the tools the Lord has granted us.

It’s All About Me!