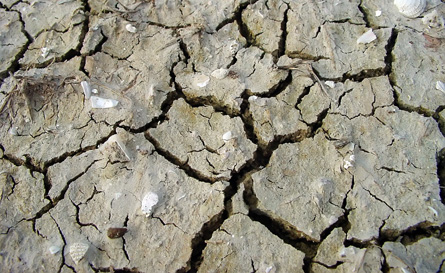 Personal accountability, taking responsibility for one’s actions, has been an important fiber in the fabric of every great civilization. As with all great nations, the United States was built on the premise that citizens must accept personal responsibility for their actions.

Personal accountability is important because it acts as a deterrent to poor or unlawful behavior. When practiced by most citizens, it works to discourage authorities from exacting needless force and repression upon its citizenry.

Personal accountability also encourages a sense of truthfulness and respect within a society. When citizens accept responsibility for their actions, doing right is far more important than personal gain.

In recent years, we have seen the erosion of self-accountability within the United States and throughout the world. Sexual promiscuity, pornography, abortion, divorce, corporate thievery and the like owe their existence to a breakdown of morality and personal accountability. Increasingly, people have been signaling a farewell to accountability.

Americans have seen a president boldly claim he did not have sexual relations with a White House intern. Americans have seen corporate executives and Wall Street analysts manipulate the trust of investors in order to steal billions of dollars from them. Americans have seen priests in the Roman Catholic Church use young boys to satisfy their sexual lusts. Americans have increasingly dined upon a perverse assortment of entertainment that has brought moral callousness to its shores.

How did the United States stray so far from its biblical roots? Step by step, people have turned a deaf ear to morality and personal accountability—one state, one locality, one family and one person at a time.

The clearest sign of moral deterioration comes from the presence of a liberal judicial system. More and more, we see courts awarding people large sums of undeserved money via the lawsuit. Fact is, one need only spill hot coffee on themselves, smoke until they contract lung cancer, and have a loved one murdered by a gun, to potentially reap millions of dollars from big business.

Another sign of moral deterioration comes from the world of entertainment. Society has seen an increase in sex, profanity, violence and the like, on television and in movies. Lyrics in music have turned from love to lust, rape, murder and suicide. Arrogance, self-indulgence and greed have shaped “big-time” professional athletics.

A nation cannot stand for long if its moral foundation crumbles. When morality departs a nation, law and order slowly disappear. When law and order slip away, anarchy becomes a present danger. At the core of these downward trends is a lack of personal accountability to God, to society, to family and to self.

When people begin to lose their moral compass, is all hope gone? Certainly not. With God there is always hope, and there is always the opportunity to turn from wickedness back to His loving arms.

Beyond the social problems that come with the rejection of personal accountability, there is a more important reason why we should embrace it.

The most compelling reason man should approach accountability seriously is that God holds humans accountable for every thought, word and deed. The Bible says in Romans 14:11-12, “For it is written: ‘As I live,’ says the LORD, ‘Every knee shall bow to Me, And every tongue shall confess to God.’ 12 So then each of us shall give account of himself to God.”

Some reading this may say to themselves, “my god is a god of love,” thus I have nothing to worry about. Indeed, the Bible says in 1 John 4:8, “Whoever does not love does not know God, because God is love.” God is a God of love, but the Bible teaches us God also is just, righteous, holy and pure.

As humans, we can deny, ignore or repackage the God of the Bible to fit our personal whims, but how we choose to approach God is inconsequential. In Malachi 3:6, God says of Himself, “For I am the LORD, I do not change.” In other words, the way we approach God has no impact on God’s personality or makeup.

When we elect to ignore Him and His ways, it does impact His relationship with us. Proverbs 28:9 says, “One who turns away his ear from hearing the law, even his prayer is an abomination.” Ignore God’s way and even your prayers are detestable to Him.

Why is personal accountability important? God holds us accountable for every thought, word and deed.

God is the ultimate enforcer of right and wrong. Those who fail to take personal accountability seriously place themselves in direct opposition to God. During this lifetime, ignoring or opposing God may not threaten us much, but come eternity many will regret such things. Hebrews 10:31 says, “It is a fearful thing to fall into the hands of the living God.”

God cares so much about personal accountability, He has created a process in which to maintain it here on earth. Romans 13:1-2 says, “Let every soul be subject to the governing authorities. For there is no authority except from God, and the authorities that exist are appointed by God. 2 Therefore whoever resists the authority resists the ordinance of God, and those who resist will bring judgment on themselves.”

Why is self-accountability so important to God? Because God is a God of order and wants His creatures to emulate Him in this way. 1 Corinthians 14:33 says, “For God is not the author of confusion but of peace, as in all the churches of the saints.” The “peace” spoken of here can only be established and maintained through people committed to living lives of order.

Thankfully, God does not demand order without providing a means by which to maintain it. The first and most important step to pursuing a life of order and self-accountability is to get your spiritual house in order.

The final word on personally accountability simply is—take it serious—God does!