Damn The Messenger, Dam The Message! 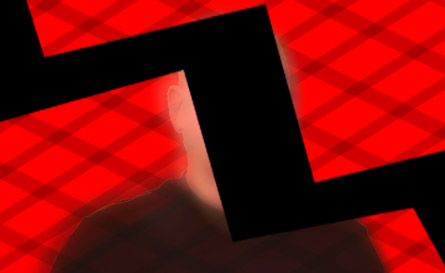 Today, more than ever, pastors are dropping out of ministry at a very high rate. Some are leaving because they never were truly called to serve as pastors. Others depart for less than honorable reasons. Sadly, a number of pastors leave ministry because carnally minded people have poisoned their ministry.

Why would any church attendee actively seek to harm their pastor? The reasons are numerous. For some, jealousy, power, greed or insecurity stirs disgruntlement within. For others, apathy, immaturity, criticalness or simple misunderstandings generate negative feelings. Regardless of the source, the outcome is often the same–damn the messenger, dam the message.

Damning the messenger and his message is one of the oldest, most effective, means of destroying a pastor’s character, relationships and ministry. Like a brush fire started by a discarded cigarette, criticism, insults, cutting remarks and a general lack of respect can turn the most docile church into a blazing inferno. Sadly, once set in motion, the outcome is typically the same–pastoral dropouts and church splits.

Far too often, at the heart of this problem, is a hard-heartedness to God’s Word. God calls a pastor to a ministry. The pastor faithfully preaches God’s Word, as directed by the Holy Spirit. Some within the church receive it and are blessed, others reject it and grow apathetic or bitter.

In 2 Chronicles 18:7-8, we see an example of a King, named Ahab, who rejected the ministry of the prophet Micaiah simply because he shared the God-given truth with him.

When King Ahab and Jehoshaphat met to discuss war plans, Jehoshaphat asked Ahab if there was a prophet who could share God’s will with them. Ahab replied, “There is still one man by whom we may inquire of the LORD; but I hate him, because he never prophesies good concerning me, but always evil. He is Micaiah the son of Imla.” And Jehoshaphat said, “Let not the king say such things!”

Ahab hated God’s messenger, simply because he accurately shared God’s Word with him. Jehoshaphat, being a man of God, knew such an attitude was wrong and sought to correct it.

Ahab, displaying far more transparency than most of us, acknowledged his feelings saying, “I hate him, because he never prophesies good concerning me, but always evil.” Simply put, Micaiah doesn’t tell me what I want to hear.

When we criticize God, we open ourselves to the condemnation of the church. Unless the pastor is very popular, we stand far less risk when criticizing him. In some cases, we may actually gain the respect and support of others by advancing our gripes.

Practically speaking, by damning the messenger, one may very well dam or stop the preaching of unfavorable messages. Given this, can avoiding the truth produce long-term satisfaction? Not in God’s eyes!

Jesus said, in Luke 11:47-50, “Woe to you! For you build the tombs of the prophets, and your fathers killed them. 48 In fact, you bear witness that you approve the deeds of your fathers; for they indeed killed them, and you build their tombs. 49 Therefore the wisdom of God also said, ‘I will send them prophets and apostles, and some of them they will kill and persecute,’ 50 that the blood of all the prophets which was shed from the foundation of the world may be required of this generation.”

The God of love condemns those who seek to silence His messengers, and thereby His message. Jesus points out that those who claim to be a friend of God, yet devour His messengers, shall be held accountable for their actions. Those who stand tall today, shall be cut down tomorrow. Those who damn the messenger in hopes of damming up the message, do so in vain!

Does this mean pastors ought to have absolute rein over the local church? Does this mean that anyone who questions the actions of a pastor is at risk of offending God? Certainly not!

Many a man has used the position of pastor to take advantage of godly men and women. All believers are accountable to one another. No spiritual position places us above the watchful, yet loving eyes of our fellow brothers. Jesus said, in Matthew 18:15-18, “Moreover if your brother sins against you, go and tell him his fault between you and him alone. If he hears you, you have gained your brother. 16 But if he will not hear, take with you one or two more, that ‘by the mouth of two or three witnesses every word may be established.’ 17 And if he refuses to hear them, tell it to the church. But if he refuses even to hear the church, let him be to you like a heathen and a tax collector.” The Lord directs us to be accountable to one another.

How should we approach God’s messenger? The Bible encourages us to do so with respect and humility. We must strive to always give him the benefit of the doubt, always question our motive if we frame him in a negative light, making certain there is no jealousy, desire for power, greed, insecurity, apathy, immaturity, criticalness or misunderstanding on our part that has encouraged wrong feelings toward him. And just as Jehoshaphat defended the prophet, we must be prepared to defend our pastor’s integrity.

In a democracy, leadership is required to account to the people they represent. In a biblically based church, the people must give account to God. When we discredit a man for preaching biblically based, unwanted messages, we may be placing ourselves at odds with God. Let each of us continuously examine ourselves, making certain we are in harmony with God, His messenger and His message.