Baby Steps Into The Last Days 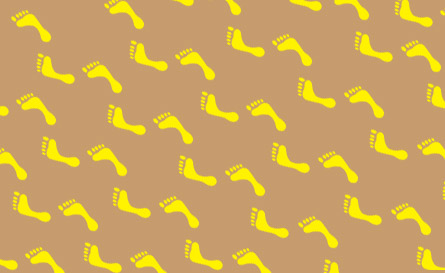 Given the independent nature of Americans, the history and form of government they’ve inherited, few could envision a scenario in which Americans would willingly humble themselves to a foreign power. When considering the tumultuous events surrounding the “end times,” few could imagine any independent minded person embracing the beings of Revelations 13:3-8.

“And all the world marveled and followed the beast. 4 So they worshiped the dragon who gave authority to the beast; and they worshiped the beast, saying, ‘Who is like the beast? Who is able to make war with him?’ 5 And he was given a mouth speaking great things and blasphemies, and he was given authority to continue for forty-two months. 6 Then he opened his mouth in blasphemy against God, to blaspheme His name, His tabernacle, and those who dwell in heaven. 7 It was granted to him to make war with the saints and to overcome them. And authority was given him over every tribe, tongue, and nation. 8 All who dwell on the earth will worship him, whose names have not been written in the Book of Life of the Lamb slain from the foundation of the world.”

For the moment, such a scenario appears far off to most of us. For the moment, few of us can comprehend the people of the strongest nation on the face of the earth worshiping the “beast” and “dragon” spoken of in the Book of Revelations.

As noted earlier, most Americans cannot envision their government humbling itself to another governing body. Yet during October 2002, an attempt to submit the authority of the United States government to a world body was made.

While the Senate debated the merits of going to war with Iraq, Senator Carl Levin proposed Amendment SA 4862. The purpose of the amendment was: “To authorize the use of the United States Armed Forces, pursuant to a new resolution of the United Nations Security Council, to destroy, remove, or render harmless Iraq’s weapons of mass destruction, nuclear weapons-usable material, long-range ballistic missiles, and related facilities, and for other purposes.”

Senator Levin and co-sponsors Reed, Bingaman, Boxer, Mikulski, Stabenow, Akaka, Jeffords and Corzine attempted to pass an amendment authorizing the use of the United States Armed Forces, only if the action was supported by the United Nations Security Council.

When the amendment was voted on, the count was seventy-five “No” votes, twenty-four “Yes” votes and one failure to vote. To some these results may carry little significance; after all, the vast majority of Senators voted against the amendment. This sort of thinking fails to grasp the big picture. The significance lies not in whether the amendment passed, but rather almost one fourth of the United States Senate believed it was perfectly acceptable for the United States to submit its right to self-determination to that of the United Nations Security Council.

What’s the point? Simply put, that which seemed inconceivable not long ago, now finds the support of nearly one fourth of the United States Senate. As time passes, those willing to support such things have increased and will continue to increase, until the United States one day humbles itself to world organizations such as the United Nations.

How did the United States go from a free and sovereign state, to a country only twenty-seven votes shy of surrendering its sovereignty? One poison pill at a time!

Just as Americans are slowly inching toward a loss of national sovereignty, one day the people of the world will slowly humble themselves to the powers of darkness. The Bible teaches us that the very things that once seemed inconceivable, will one day own the hearts of man.