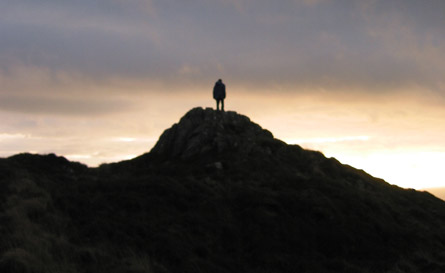 Ants. Little creatures that are always present, yet never invited to picnics. Ants. They are tiny bits of life that continually render someone else’s property their own. Ants. Are they worth the room they take up? It depends on who you ask.

When the Bible mentions ants, it speaks of them in a positive light. In Proverbs 6:6-8, it pictures an ant as one whom the lazy ought to take note of. Proverbs says, “Go to the ant, you sluggard! Consider her ways and be wise, 7 Which, having no captain, overseer or ruler, 8 Provides her supplies in the summer, And gathers her food in the harvest. 9 How long will you slumber, O sluggard? When will you rise from your sleep?”

In Proverbs 30:25, ants are described as being a very “wise” creature. There the Bible says, “There are four things which are little on the earth, but they are exceedingly wise: The ants are a people not strong, yet they prepare their food in the summer.”

The ants spoken of in these passages are “harvester ants.” These small insects make their homes near grain fields and transport seeds from the fields to their winter storehouse (Nelson’s Illustrated Bible Dictionary). Their hard work allows them to hibernate without fear of starvation. (Nelson’s Illustrated Bible Dictionary, Copyright (c) 1986, Thomas Nelson Publishers)

Ants, as portrayed in the Bible, are the keepers and conveyors of a positive work ethic. If all men (used generically for men and women) were as focused and dedicated as the ant, their accomplishments would be multiplied dramatically.

As much as ants serve to illustrate positive traits, they may illustrate negative ones as well.
The focused drive of want and will that underscores a positive work ethic can be used to illustrate the folly of the ant. For instance, when an ant decides to do something, no matter how misguided, it will stay the course. If an ant decides to wrestle a large breadcrumb to shelter, and a mighty bird contends with it, rather than give way to the superior force, the ant will allow itself to be devoured, rather than forfeit the crumb.

Far too often we humans are much like the ant when it comes to our relationship with God. Rather than giving way to the “superior force,” we set our hearts on our wants and resist Him with our will.

The Bible says in Matthew 6:24, “No one can serve two masters; for either he will hate the one and love the other, or else he will be loyal to the one and despise the other. You cannot serve God and mammon (bread).” Like the ant, man sets his heart, mind and strength upon the object of his desire. It does not matter how meaningless or small the object, most of us pursue crumb over Creator.

In Romans 1:18-19 it says, “For the wrath of God is revealed from heaven against all ungodliness and unrighteousness of men, who suppress the truth in unrighteousness, 19 because what may be known of God is manifest in them, for God has shown it to them.” God affords man every opportunity to freely choose Creator over crumb. Yet, like the ant, man chooses to suppress the misguided reality he has embraced.

As with the ant, little man hangs on tight to the object of his desire. Like the ant, man would rather die than give up his struggle for the breadcrumb. The core issues are always the same–want and will. The ant wants the breadcrumb and opts to match its will against the mighty bird. Man longs to embrace his own wants and opts to match his will against the mighty God. In the end, both ant and man are needlessly devoured because they refuse to subject their want and will to the “superior force.”

The Creator of the heavens and earth is mighty beyond anything man can fathom. In Psalm 8:1-4 the Psalmist grasps the superior nature of God when he says, “O LORD, our Lord, How excellent is Your name in all the earth, Who set Your glory above the heavens! 2 Out of the mouth of babes and nursing infants You have ordained strength, Because of Your enemies, That You may silence the enemy and the avenger. 3 When I consider Your heavens, the work of Your fingers, The moon and the stars, which You have ordained, 4 What is man that You are mindful of him, And the son of man that You visit him?”

When ant-like man sees God for who He truly is, he can do nothing but echo the words, “What is man that You are mindful of him?”

Throughout the world, mankind demands God to believe as he believes and to act as he acts. Man denies God’s existence, reshapes God in his preferred likeness, and demands God to humble Himself before man. Yet, like the ant, no matter how hard we grasp the breadcrumb, our misguided passion will do us in.

Everywhere we look, ant-like men are opposing God. The major issues of the day underscore the reality of the problem.

In Psalm 139:13-16, it recognizes the conception and birth of a child as an act of God saying, “For You formed my inward parts; You covered me in my mother’s womb. 14 I will praise You, for I am fearfully and wonderfully made; Marvelous are Your works, And that my soul knows very well. 15 My frame was not hidden from You, When I was made in secret, And skillfully wrought in the lowest parts of the earth. 16 Your eyes saw my substance, being yet unformed.”

We see here that God created us, and thus we belong to Him. Ant-like man, on the other hand, claims authority over the life and death of the unborn child God has “formed” within the womb.
In Leviticus 18:20-23, the Bible directs us regarding sexuality saying, “Moreover you shall not lie carnally with your neighbor’s wife, to defile yourself with her — You shall not lie with a male as with a woman. It is an abomination. 23 Nor shall you mate with any animal, to defile yourself with it. Nor shall any woman stand before an animal to mate with it. It is perversion.”

God has given man the ability to engage in sexual activities, and as Creator and owner of man, has opted to limit the realm in which those activities may be practiced. The Bible says adultery, homosexuality and bestiality are wrong and must not be practiced by man. Ant-like man says, “my body belongs to me and I will do with it as I please.”

In 1 Timothy 2:9-13, Scripture provides guidelines on how women ought to approach life saying, “in like manner also, that the women adorn themselves in modest apparel, with propriety and moderation, not with braided hair or gold or pearls or costly clothing, 10 but, which is proper for women professing godliness, with good works. 11 Let a woman learn in silence with all submission. 12 And I do not permit a woman to teach or to have authority over a man, but to be in silence. 13 For Adam was formed first, then Eve.”

The Bible encourages women to dress modestly and to recognize and support the gender based order enacted by God when man and woman were first created. Ant-like man says, “I’ll dress as I please and if you don’t like it, don’t look. Submission, you’ve got to be kidding. We’re living in the 21st century, not the stone age!”

Day after day, ant-like man finds himself holding firmly to his tiny breadcrumb. Hoping against hope, he strives to overcome the “superior force”. Try as he may, failure is certain. How has man gotten to this point? Simply put, he has forgotten his roots. Man is a magnificent creature, but a creature nonetheless. Man apart from God would not exist. God is big and man is small. Yet, like a spoiled child, man refuses to humble his will to God.

Ant-like man finds false hope in a moment of grace, failing to realize the moment bears no license to sin. Just as the mighty bird devours both breadcrumb and ant alike, a just and righteous God will consume all those who abuse His moment of grace.

Religion, social experiment and personal want may claim the day, but once the eternal door of grace has shut, ant-like man and all his aspirations will crumble.

Is there any hope for the ant? Christ says in John 14:6, “I am the way, the truth, and the life. No one comes to the Father except through Me.” The only hope is to let go of the breadcrumb and take hold of Christ.

In John 3:16-21, Jesus sums things up saying, “For God so loved the world that He gave His only begotten Son, that whoever believes in Him should not perish but have everlasting life. 17 For God did not send His Son into the world to condemn the world, but that the world through Him might be saved. 18 He who believes in Him is not condemned; but he who does not believe is condemned already, because he has not believed in the name of the only begotten Son of God. 19 And this is the condemnation, that the light has come into the world, and men loved darkness rather than light, because their deeds were evil. 20 For everyone practicing evil hates the light and does not come to the light, lest his deeds should be exposed.”

Christ offers us forgiveness of our sin, if only we see sin for what it is and turn from it to Him. Why? The Bible says a just God cannot co-exist with that which is sinful. Man is sinful and apart from having his sins dealt with in a manner sufficient to God, he cannot co-exist with God.

God’s terms are simple. By faith, accept the sacrificial offering of body and blood Christ provided as payment for our sins. The Bible says this simple act of trust will rid us of our sin debt and make us right and acceptable before God the Father.
Crumb or Creator? The choice is yours!