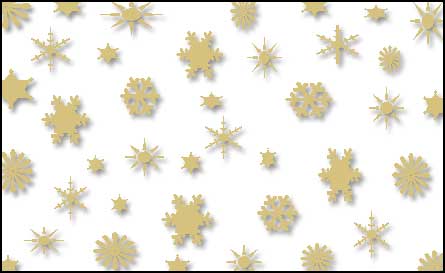 The name Orlena means “Golden.” For skiers and snowboarders, Winter Storm Orlena, and her massive snow dump, was indeed “Golden.” For those who had to drive to work over the snow-covered roads, she was anything but “Golden.”

As my wife and I awoke to the aftermath of Orlena, knowing we had to clear the driveway of snow before I could head to work, she turned to me and said, “Check and see how much snow there is?” I picked up my cellphone, opened an app to the security camera facing our driveway, and realized a significant amount had fallen. This immediately prompted us to get up to clear the snow.

Modern technology, at its best, is a wonderful thing. Not only can we assess the snowfall from bed, but we can go online and track the location of a loved one’s flight, or even the location of their vehicle when traveling a long distance by themselves.

Our ability to keep an eye on things reminds me of God’s ability to do so as well.

Psalm chapter 32 verses 7 through 8 brings this out when it says, “You are my hiding place; You keep me from trouble; You surround me with songs of deliverance. 8 I will instruct you and teach you in the way which you should go; I will advise you with My eye upon you.”

In verse 8 David says of God, “You are my hiding place.” For those who truly embrace and love the Lord, He is our “hiding place.” He is the place we flee to during stormy times, for shelter.

Interestingly enough, David was one of the greatest of warriors. In 1 Samuel 18:5 it says, “David went into battle wherever Saul sent him, and always achieved success”

As great as the American military performed during World War II, it lost its share of battles on its way to ultimate victory. 1 Samuel 18:5 says that in battle, David “always achieved success.” And verse 7 says, “The women sang as they played, and said, “Saul has slain his thousands, And David his ten thousands.”

David and his army always succeeded, and in the process killed their “ten thousands.” David was no mere man. He was no mere warrior. He was one of the greatest of all times.

Nevertheless, even the greatest of warriors needed a “hiding place.” A safe place. In that place, David said in verse 7 that God shielded him from the “trouble” surrounding him. The safety and security God provided David was as “songs of deliverance” to him.

In verse 8 David notes that God was not merely his “hiding place,” but his instructor. God Himself helped educate David in ways that no parent or earthly instructor could. God taught him how to be a man of God. God taught him right from wrong. God taught him that no matter how great a warrior he was, at the end of the day, he was a mere mortal susceptible to the same frailties as all other men and women. David was but a small child in the eyes of God.

It was with great assurance that David found not only a “hiding place” in God but an instructor. Not only an instructor but the greatest of sentinels. A sentinel is one who keeps watch over another.

David rightly sees God as the One, keeping watch over him, guarding the very moments of his life.

To what extent does God keep watch over us?

Jesus said in the gospel of Luke chapter 12 verses 6 through 7, “Are five sparrows not sold for two assaria? (An assaria was a Roman copper coin. It equated about 1/16 of a laborer’s daily wage) And yet not one of them has gone unnoticed in the sight of God. 7 But even the hairs of your head are all counted. Do not fear; you are more valuable than a great number of sparrows.”

The God of the Bible is the great sentinel for those who by faith, have embraced the finished work of His Son, the Lord Jesus Christ, when He took our sins upon Himself, was humiliated, suffered, shed His precious blood on the cross, and defeated sin and death on the third day, rising from the dead.

He loves us so much, that Jesus says, “even the hairs of your head are all counted.”

The lyrics of the wonderful hymn speak loudly saying, “Why should I feel discouraged, why should the shadows come, why should my heart be lonely, and long for heav’n and home; When Jesus is my portion? My constant Friend is he; His eye is on the sparrow, and I know he watches me.”

As mere humans, we may find assurance in lovingly tracking the flight or vehicle of our spouse or child. And when they safely arrive, we feel relieved and move on with our day. God, on the other hand, sets no such limits in terms of the role He plays in our lives. He is there keeping watch when we sleep, and when we arise. He keeps watch when we are on a flight, and long after we hit the ground.

“When Jesus is my portion? My constant Friend is he; His eye is on the sparrow, and I know he watches me.”

How ought we respond to such a revelation?

Psalm chapter 32 verse 8 says, “Do not be like the horse or like the mule, which have no understanding, whose trappings include bit and bridle to hold them in check, otherwise they will not come near to you.”

Once tame, both the horse or the mule can perform wonderful services for us. But a wild horse will resist, bite, and attempt to throw those attempting to ride them. In Psalm 32:8 the Bible encourages us not to be like an untamed horse, but by faith and trust in God, embrace “understanding” and you will, in turn, receive the blessings and assurance of a true and vital relationship with Him for all eternity.

Verse 10 underscores this saying, “The sorrows of the wicked are many, But the one who trusts in the Lord, goodness will surround him.”

This does not mean that the challenges of this world will cease. Remember, Jesus and each of His apostles encountered many hardships in this world.

In Matthew chapter 8 verse 20 Jesus illustrated this saying, “The foxes have holes and the birds of the sky have nests, but the Son of Man has nowhere to lay His head.”

Here Jesus points out that He is homeless. The only place he has to go at the end of a long day is a campfire.

In John chapter 16 verse 33 Jesus says, “In the world you have tribulation, but take courage; I have overcome the world.”

Embracing Christ does not assure us of a life minus challenges and difficulties. Rather, it affords us the opportunity to get right with God, and thereby begin our earthly and eternal journey with Him. And in doing so, we will find the love, joy, hope, and deliverance David found long ago.